Someone will be in touch shortly!

How Do You Absolutely Ensure That You Make the Worst Decision Possible?

Anyone who’s been in the military is familiar with a culture that insists that once you’ve gone over your first four years you’re locked in for the long haul. In for a penny, in for a pound.

At 28 years old I had been in the military for 10 years… and I was getting ready to leave.

Whenever anyone found out I was even considering quitting the Marines I was hit with the same spiel.

“You’re halfway to retirement. In another 10 years, you could be making 2000 dollars a month in retirement money. After that, you could get a job as a cop or a security guard or at a Walmart making even more money with financial security from the military. Are you really gonna jump ship now?”

I see this same scenario play out in all areas of life: In relationships, in businesses, and yes, photography.

It’s called the sunken cost fallacy. It’s the misconception that once we’ve spent a significant amount of time and effort on a project, a job, or a person, that it would be a greater cost to us to stop pursuing that venture than it would be to see it through. Notice I said that this is a misconception.

I could have easily listened to all of my Marine buddies and stuck it out another 10 years and collected that retirement money. But was that what I really wanted? Would it really have been that easy?

No. If I was given a blank slate, knowing all I knew at that point, and given the choice, I would not have joined the military. That realization alone was enough to know that something needed to change.

I started to really hone in on what I truly wanted for my future. Ultimately, I wanted to have as much freedom as possible and for me, that meant making a substantial amount of money I wouldn’t be making staying where I was.

I decided that I would give myself another 10 years to get my education, begin my business, and start making the kind of money I had envisioned.

Were the last ten years of my life completely wasted by my decision to leave? Not necessarily. Regardless, I knew that my decision had to be based on my current goals for the future, not the desires of my past self.

The same goes for building a business.

We can’t blindly trust a version of ourselves that had less experience going into a career path or a project than the version of who we are now. You have to trust that what is right for the future of your business is ahead of you, not behind you.

My business partner, Jenn Bruno Smith, spent her entire career doing newborn photography before switching to boudoir. Up until making that major career change, she had an exhaustive amount of newborn shooting gear and props, and her entire client base, and all her email lists, consisted of newborn-focused contacts.

Last year she made over half a million dollars on her boudoir photography.

The way you absolutely ensure that you make the worst decision possible is by giving in to the sunken cost fallacy.

Jenn Bruno Smith succeeded because she faced the possibility of changing genres and didn’t let her past weigh in on her decision.

So ask yourself, “Given a blank slate, what is it that will give me the best chance at achieving what I want?”

And then, find the courage to do it.

If you need help finding the best path forward in your business, schedule jump on a strategy session here.

Founder of Photography to Profits and high-performance coach to multiple 6-figure photography businesses. Humberto coaches photographers from his special operations military experience and photography sales and marketing experience. After years of high performance in Marine Special Operations and building businesses, he knows what works.

Someone will be in touch shortly!

Do You Want More Clients

Latest from the Blog 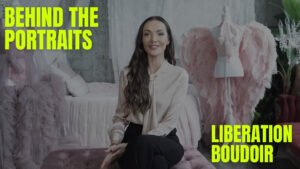 How to Grow a Boudoir Photography Studio: Liberation Boudoir 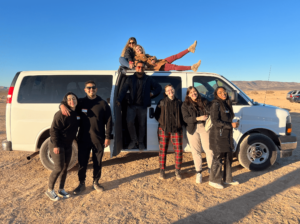 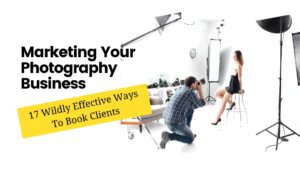 How to Market Your Photography Business: 17 Wildly Effective Ways to Get Clients